The color purple combines the stability of blue and the energy of red. Purple is associated with royalty. It symbolizes power, nobility, luxury, and ambition. It conveys wealth and extravagance. Purple is associated with wisdom, dignity, independence, creativity, mystery, and magic.
It’s the color chosen to raise awareness of the American Cancer Society and Relay For Life.
Light purple is a good choice for a feminine design, evoking romantic and nostalgic feelings, precisely the color chosen by Solde Rothmanay, creative mind behind Soul Designs, for this one of a kind gown to be sold tonight, among other exclusives, at The Tribute City Relayers Charity Event, presenting a Victoria’s Secret Theme Fashion Show. 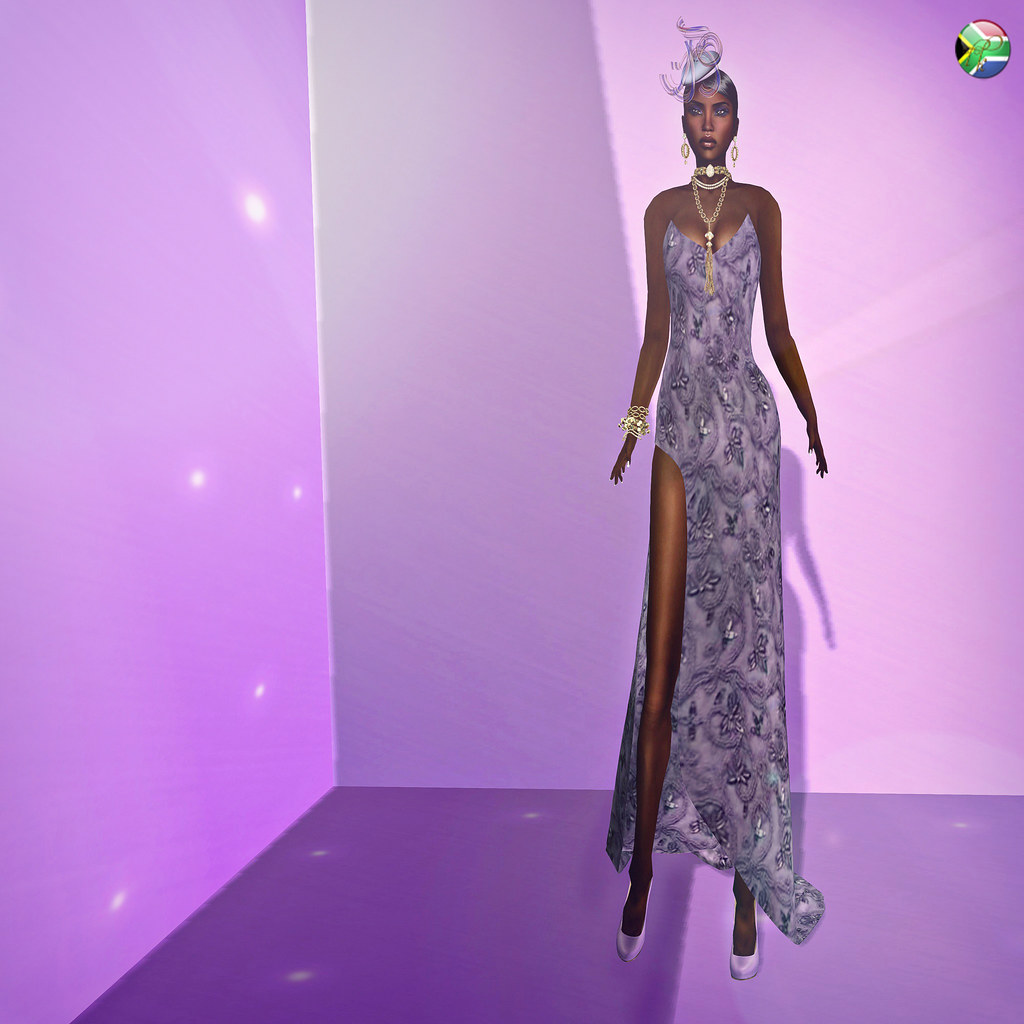 This sexy strapless creation features lace and embroidery in an exquisite purple tone and can be yours while you help for a great cause!
All money raised by the event will go to The American Cancer Society Relay For Life!
But that’s not all!

This event will include a fashion show starting at 4 PM SLT where models from L’Amour Model Management will display their own interpretation of a Victoria’s Secret Angel and, as soon as the fashion show ends, the same models will be auctioned off for dinner and dancing afterwards, (yes I am one of them!, so if you want to bid on me and win me you know where to go tonight) 😉

Hope to see lots of people attending tonight’s event, having fun all together and supporting a great cause!

April in the Garden

After a hectic month schedule (both in SL and RL) I am back to you today, this time to showcase a spring and elegant look, ideal for a walk in the garden on a warm breezy April afternoon. 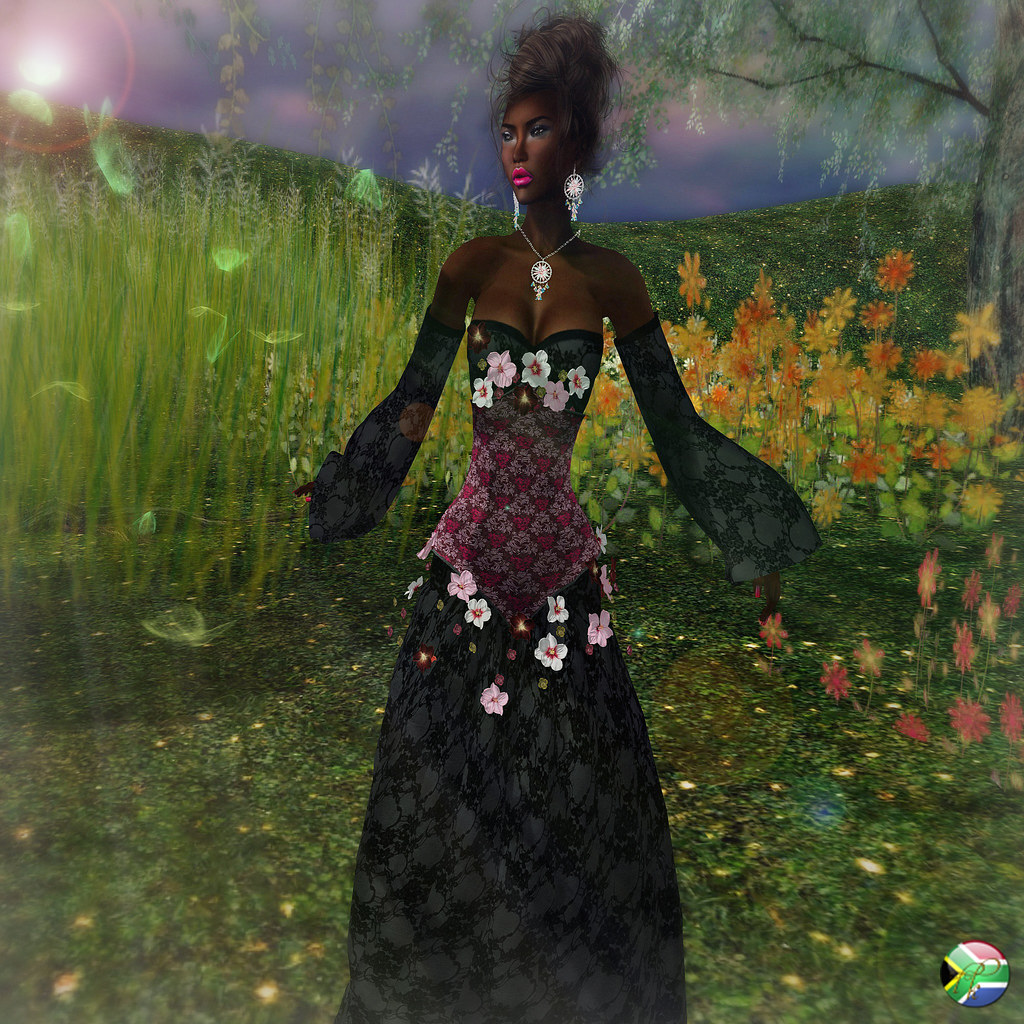 This beautiful dress, with beautiful sculpted flowers around your waist and bust line and a featured corset in flowers fabric, it’s the latest creation from Living Imagination, called Silent Flowers and it’s available now for purchase at  The Couturier Docks new cycle (April 20th- May 17th). There are only 36 pieces remaining out of 50!

My featured lipstick is called RICH SHIMMER Lip Color in rebel and it’s also PiCHi collaboration for The Couturier Docks, the pack includes many other strong lipstick hues, ranging from red to orange. Last time I’ve checked there were only 41 remaining pieces available for purchase!

My choice of eye shadow is the  Innocence  – Spring, one of the latest releases by Kyxe for this spring season and the nails are the Ombre Set (Dark Wine) by Nailed It,  each pack comes with prim nails+HUD for Slink feet and hands.

The jewelry featured is the I Am Aphrodite Pink Set by Chop Zuey, available at their mainstore.

To finish my look my choice was a messy updo by D!va, Giz (Type A) also available in many other choices of colors, certainly there’s  your favorite one awaiting for you at their store!

Don’t forget to stop by The Couturier Docks to check for many great deals at 50% off normal price.

I will be back tomorrow to showcase a special creation, exclusively designed for the L’Amour Victoria Secret Fashion Show and Model Auction, charity for Relay for Life to happen this coming Saturday!

Have a lovely day! 😉 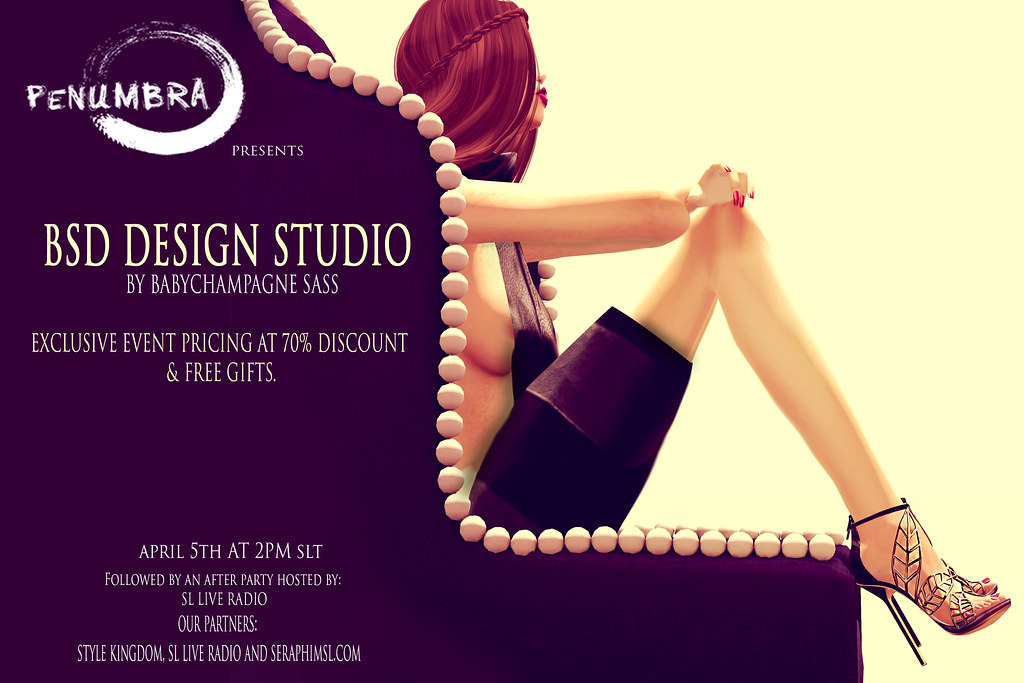 PENUMBRA. will be hosting a one-day BSD DESIGN Trunk Show on April 5th, Sunday at 2pm slt. This is to showcase the brands in-studio footwear and Head out for a discount; 70% off on all styles!

Music and Hosted By: Giela Delpaso

Hopefully this month I will have more available time (both in SL and RL) to show you the latest creations released by our amazing SL content creators!

With that said, I wanted to introduce in this, my first post of April, one of the latest releases by AZUL, a  combined mesh and prims gown created after MVW2014 Finalist/Miss Spain  and Miss Mundo Virtual winner:  Naarnisse. 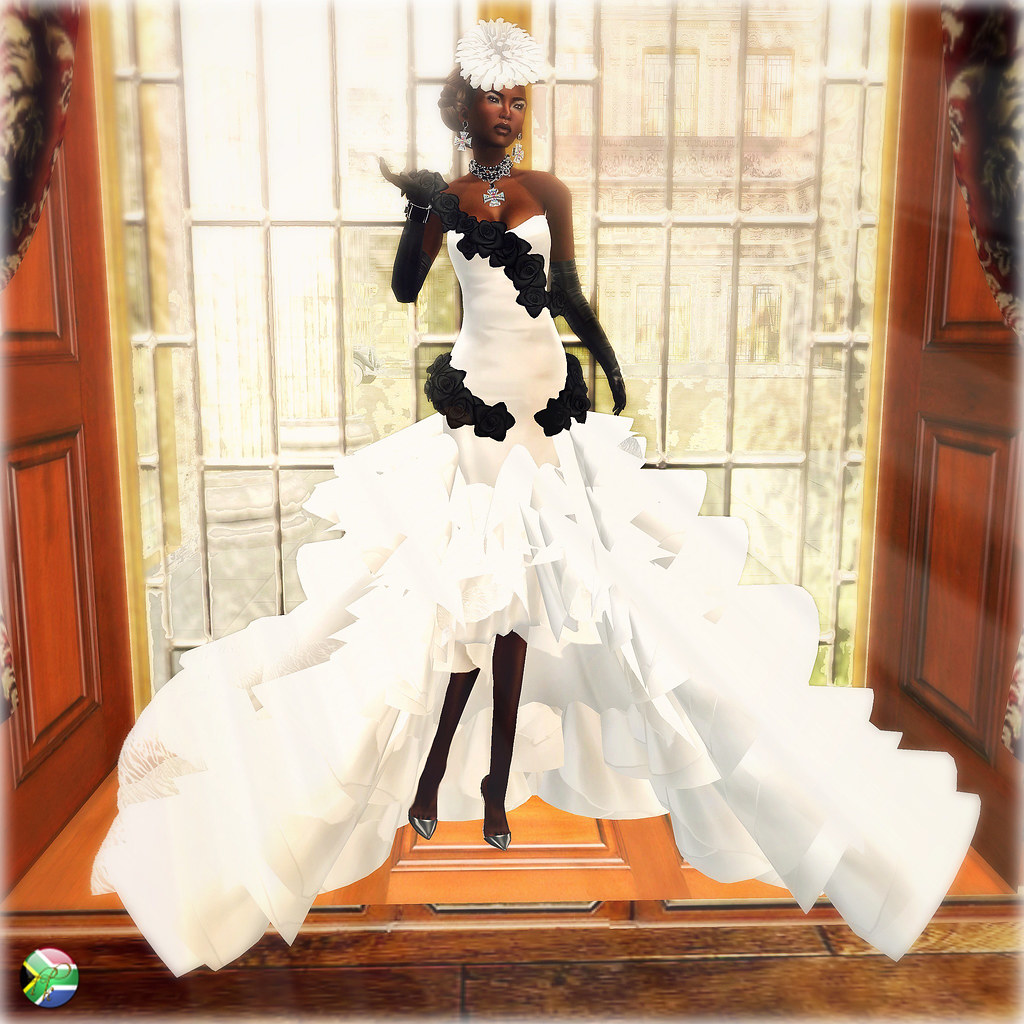 A magnificent creation that really captures the beauty and the spirit of her represented country, Spain, especially featured in the ample ruffled skirt and the collection of crafted  roses surrounding the waist and decorating the shoulder and chest as well.

Released in 9 different colors plus an exclusive one limited only to 100 selling pieces, each gown contains all of its prim parts fully modifiable by a resizer script and it also  has the option of the featured roses to be worn in two different colors, for a personalized look 😉

Along with this magnificent gown, I am also featuring two  previews from Kyxe, one of them is the Candice skin in Walnut, which was already released in some tones and it will release more tones in the near future, and also the Shine – White Silver makeup eyeshadow, part of the newest spring releases!

The jewelry set featured is the Consecration Set Black/Palladium by Chop Zuey.

This post reminded me of an old Madonna’s song  that served me for inspiration to title this post and also while styling and editing the featured picture, here’s the link for you to listen to it:

Have a wonderful day! 😉